Rozalind MacPhail’s newest single, ‘Never Let Go’ is out now on all platforms! 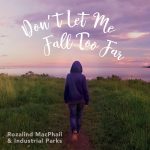 LOVE AND LET BE, where Yin Yoga, electroacoustic music and poetry dance together to create inner peace and make room for more space in the heart. LOVE AND LET BE is the perfect recipe for home practice, when we’re on the road or when we’re needing to take a quiet moment for ourselves. “Yin for the Heart” 65 Minutes is a Yin Yoga class guided by talented yoga instructor, Jenn King of Moksha Yoga Halifax. The beautiful poem recited by Jenn throughout the sequence is called, “The Invitation” by Canadian writer, Oriah Mountain Dreamer 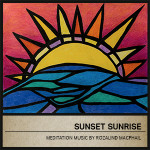 Two 25 minute meditations for effected flute and electronics inspired by the sunrise and sunset with a guided meditation introduction by yoga instructor, Stephen Vardy. Get yourself comfortable and take a moment to relax, rejuvenate and release your day.

ROZALIND MACPHAIL – FROM THE RIVER TO THE OCEAN (2016)

Nominated for MusicNL’s “Instrumental Recording of the Year”

“From the River to the Ocean is a beautiful representation of documenting pleasures, pressing social issues, and personal experiences. Audiences are transported to a “time out of time” where the wondrous intermingling plays on between people and place, past and present, and the push and pull of memories.” – Daze Jefferies (Saltwater Stories)

Nominated for ECMA “Electronic Recording of the Year”

LISTEN to the Official Stereo Soundtrack of HEAD FIRST on SoundCloud:

Painted Houses highlights St. John’s life in a way that evokes fond memories for those who live in and love the place. 13 films are paired up with 13 songs composed by Rozalind MacPhail. Featured filmmakers include Ruth Lawrence, Roger Maunder, Brad Gover, Darrell Power, Ed Tanasychuk, Colleen Power and more.

“Where There Is Love.” by Darrell Power

Chapter Two of Rozalind’s songwriting journey, recorded in Seattle after her long-term residency at the Banff Centre. It explores the world of endings and new beginnings through very personal lyrics. Recorded for voice, acoustic guitar and flute in Seattle at Monkey Brains Studios by recording engineer Tony Fabris.

Chapter one of Rozalind’s songwriting journey. 200 copies were handcrafted by Rozalind who screenprinted the design and signed each copy. It includes four original songs written by Rozalind and three original songs by Wakefield songstress Lindsay Ferguson. Recorded by Dale Morningstar at the Gas Station on Toronto Island (where Rozalind grew up), this album was Rozalind’s farewell present to Ottawa before heading out West. Recorded for voice, acoustic and classical guitar and flute.

This captivating collection reveals live performances of original acoustic songs and poems, performed and written by some of Canada’s finest Montreal and Ottawa singer-songwriters with superb flute accompaniment by Rozalind MacPhail. It was recorded to four track one May night at Ottawa’s favourite artist cafes, Cafe Nostalgica. This album includes a performance of Rozalind singing in public for the first time as well as a performance of her first original piece for bansuri, “Namaste”.

Lighthousekeepers provided perceptive, open pop-folk music to growing audiences in Ottawa, Toronto, and Montreal from May 2002 to sometime in 2004.

Featuring the wide-ranging songwriting of Neil Gerster, and colliding his cooly expressive tenor against the emotional flute onslaught of Rozalind MacPhail, Lighthousekeepers create soundscapes from ambient drowning songs to peppy toetappers. ArtGirl (aka Maureen Adams) provides the backbeat on a djembe often augmented with surprising delay effects. The band also usually has a bassist around somewhere, and has at times added a French horn, a second flute, a violin, a keyboard, a drum kit, vocal harmonies and junkyard percussion on stage to round out its sound(s?). Even in their standard guitar-flute-djembe-bass configuration, the group’s sound can not be mistaken for anyone else’s.

A 19 track live, one-take recording featuring 12 musical offerings and 7 poems representing the best of Thursday Night Coffeehouse, the ever popular open-stage music and poetry night hosted by the well known singer-songwriter Trevor Tchir and his co-host, accomplished poet, Kristy McKay. The disc includes a diverse assortment of genres and instruments including jazz, folk, folk-rock, blues, flute, piano and of course poetry; and is a fully mastered, full-end production. Lighthousekeepers performs an intimate and raw version of “Matador”.

PURCHASE: Pick up your copy at Cafe Nostalgica in Ottawa, Ontario, Canada

YOU CAN ALSO HEAR ROZALIND ON THE FOLLOWING ALBUMS: