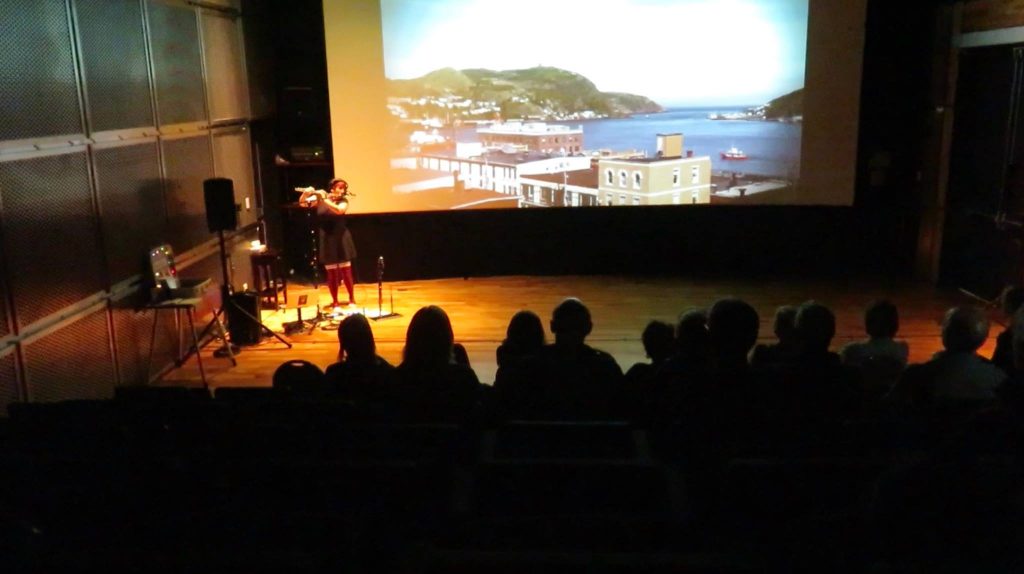 MacPhail performs live original music to selected short films from her award-winning audio-visual projects, FROM THE RIVER TO THE OCEAN and HEAD FIRST along with her newest creation, DON’T LET ME FALL TOO FAR.

Following the performance, a Q&A with Rozalind MacPhail offers audiences an inspiring opportunity to learn more about MacPhail’s creative process.

Book Rozalind for your next special event or conference! Contact: rozalindmacphail@gmail.com or by phone +1-709-769-8088

“It‘s easy to fall for the eclectic sounds of this creative mastermind, and you will probably get lost in your imagination while falling.“ – Rock Eden Magazine

“An artistry that is both visionary and innovative.” – The Flute View 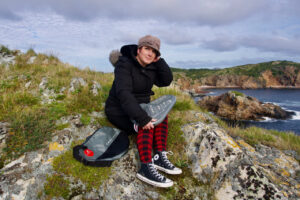 One of the world’s most buzzed about Gemeinhardt artists, MacPhail has received multiple honours and awards including an East Coast Music Award for Electronic Recording of the Year and MusicNL‘s Female Artist of the Year. She’s recorded 12 albums, written and recorded music for film and performed and toured internationally over the last two decades.

Rozalind requires technical support from the technician contracted for the venue as well as the following equipment she won’t be able to take on the plane: