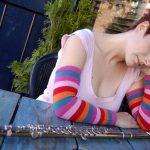 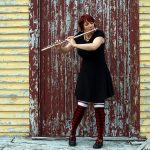 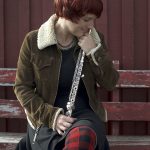 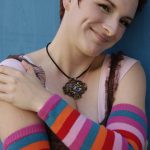 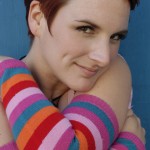 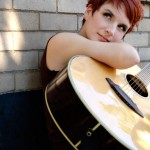 One of the world’s most buzzed-about Gemeinhardt artists, MacPhail has received multiple honours and awards including an East Coast Music Award for Electronic Recording of the Year and MusicNL‘s Female Artist of the Year. She‘s currently showcasing her internationally-acclaimed audio-visual creation, DON’T LET ME FALL TOO FAR and keynote concert, INSPIRATION SOUP.

“MacPhail is forging new territory for musicians everywhere.” (The Flute Examiner)
“It’s easy to fall for the eclectic sounds of this creative mastermind, and you will probably get lost in your imagination while falling.“ (Rock Eden Magazine)

One of the world’s most buzzed-about Gemeinhardt artists, MacPhail has received multiple honours and awards including an East Coast Music Award for Electronic Recording of the Year and MusicNL‘s Female Artist of the Year. She‘s currently showcasing her internationally-acclaimed audio-visual creation, DON’T LET ME FALL TOO FAR and keynote concert, INSPIRATION SOUP

MacPhail is the first-ever Canadian artist sponsored by the Gemeinhardt family, one of the music industry’s largest exclusive manufacturer of flutes and piccolos. Gemeinhardt President & CEO, David Pirtle says, ”Gemeinhardt is thrilled to sponsor the creative artistry of Canada’s looping flutist, Rozalind MacPhail. She is a dynamic and gifted performer who inspires through her lively audio-visual performances and interactive music workshops.”

MacPhail grew up in Canada on a small group of islands nestled in the harbour of Toronto, Ontario called Toronto Island. She has lived in many parts of Canada but it was the artistically vibrant city of St. John’s, Newfoundland that stole her heart.

Following years of classical music performance training at the Etobicoke School of the Arts,  University of Toronto and University of Ottawa, she has pursued her interest in a wide range of musical genres, while performing as guest flutist with other artists, including Yo La Tengo, Lou Barlow, Constantines, Great Lake Swimmers, Elliott Brood and Pick a Piper.

As a music clinician, Rozalind has presented workshops in Canada, Europe, Scandinavia and the United States. For more info about Rozalind’s workshops, visit: https://www.rozalindmacphail.com/teaching/workshops

Rozalind seeks opportunities to create music for film, particularly through live performance synchronized to image. She performs her original audio-visual work worldwide while connecting with audiences of all ages.

Saltwater Stories – Review of St. John’s Premiere of FROM THE RIVER TO THE OCEAN (St. John’s, NL) https://saltwaterstories.net/2017/05/16/push-and-pull-of-memories-the-st-johns-premiere-of-rozalind-macphails-from-the-river-to-the-ocean

Sea and be Scene (online) http://seaandbescene.com/2013/11/rozalind-macphail-launches-her-head-first/

Sea and be Scene “The Painted Houses Project by Rozalind MacPhail” (online) http://seaandbescene.com/2011/04/the-painted-houses-project-by-rozalind-macphail/

“It‘s easy to fall for the eclectic sounds of this creative mastermind, and you will probably get lost in your imagination while falling.” – Pamela Hodder (Rock Eden Magazine)

Gemeinhardt President & CEO, David Pirtle says, ”Gemeinhardt is thrilled to sponsor the creative artistry of Canada’s looping flutist, Rozalind MacPhail. She is a dynamic and gifted performer who inspires through her lively audio-visual performances and interactive music workshops.”

“An artistry that is both visionary and innovative.” – Viviana Guzman (The Flute View)

“Rozalind MacPhail knows no boundaries. A classically trained flutist and electro-music renegade, MacPhail has covered the length of the country playing her compositions and leaving art in her wake.” – Ken Simmons (The Telegram)

Oh my, sometimes musicians just find a way to make you go wow! That’s exactly what Rozalind MacPhail accomplished on the song Tofino Kiss, the opening cut of her CD Edgework. To begin with, there was MacPhail’s voice, happy, unique, clear. It carries a sweetness which is memorable. That said, it is a voice which is enhanced by the fact MacPhail is wise enough to allow it to slip into the background. At those moments she remains central to the music, as she plays her flute. Now I will admit to my ear the flute, when handled by a fine musician, can be one of the most hauntingly beautiful instruments. In this case it is used to wonderful affect. MacPhail attended several music schools in Canada and abroad, having become both a long-term resident at the Banff Centre and an Artist-In-Residence at The Atlantic Center for the Arts in Florida, and the experience shows as her flute work obviously draws on the traditions of several cultures. The music is overall modern pop-oriented. No it’s not bubblegum sweet, but rather filled with emotion and heart, thanks to the combination of MacPhail’s voice, and the skillfully used flute, which is allowed to be an integral part of the music. Of course instrumentation is a strength here. The title song is a wonderful ride of different sounds, all put together smoothly. At times the music is haunting, like the lead in to Baba’s – Unite Us All, at other times it’s happier like on Tofino Kiss, but whichever emotion MacPhail choses to bring out with her flute, it all works. This is one of those albums which should have more musicians exploring how the flute can be incorporated into music clearly geared to a younger audience, although this CD will be appreciated by any listener with an ear for wonderful music. MacPhail does set her own course here, but it’s a journey the listener will be glad they signed on for. Check this amazing artist out at www.rozalindmacphail.com

Originally hailing from Toronto (via Ottawa and Banff), and now calling Victoria home, Rozalind MacPhail has quickly made a name for herself on the alt-folk scene. The self-described full-time flautist/singer-songwriter has released her first full-length album, Edgework, following the EP releases Gas Station Sessions: Seven Songs for Seven Years (2005) and Seattle Sessions: Less is More (2006). It’s Jethro Tull meets mid-1990s Ani DiFranco. MacPhail agrees with the alternative folk category, but with an “indie vibe.” Despite the classical training, MacPhail’s specialty as a flautist is more improvisational and fluid. While her songwriting on Edgework is the fairly standard shitty breakups and self-centred boyfriends, the album’s overall mood is generous and light-hearted and feels, at times, like you’re entering into a fairytale. This surely has to be because of the presence of MacPhail’s omnichord with its rich vibrato and ”wait for it”, a glockenspiel. When was the last time you heard a glockenspiel? Do you even know what a glockenspiel is? Nonetheless, the overall effect, among the acoustic and electric guitars and guest cello, electronics, banjo, marimba and sax (among other instruments) is playful and at times whimsical (“Letting You Go” or “Early Morning Montreal”), at times bittersweet (“Icicles”) or funky (as in the bass line in “Baba’s-Unite Us All”). Instrumental tracks are also interspersed throughout this 12-song debut, adding to the splendid soundscapes.